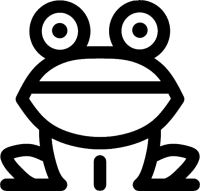 The following table represents an example of a MusiFrog sequence: 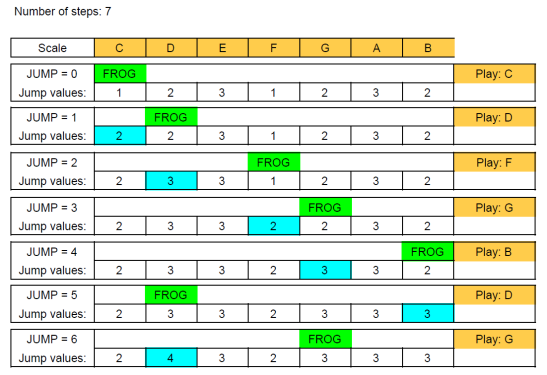 There are many possibilities for experimentation:

I implemented the algorithm in a VCV Rack module ; you can download it and subscribe to the AlgoritmArte modules to experiment with it.

This is a short demonstration video (music is generated with this example VCV patch).

UPDATE 2021-10-23: I’m working on some of the above variants and the results are promising. This is a piece where the two voices have been generated using the MusiFrog algorithm; the time/dynamics are played (improvised) live and only very few adjustments were made to the tracks (mainly to underline/adjust some “pseudo-cadences”):